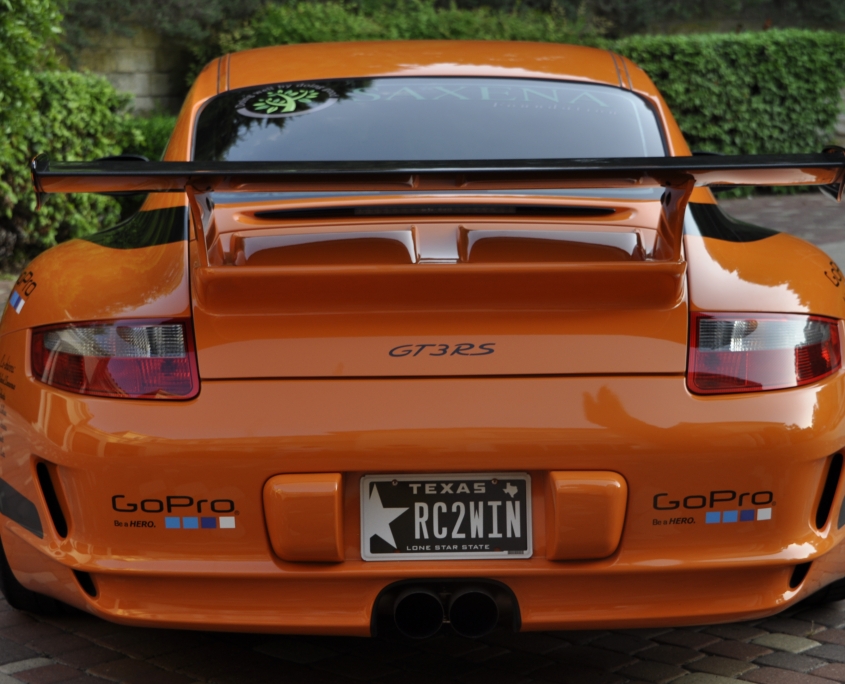 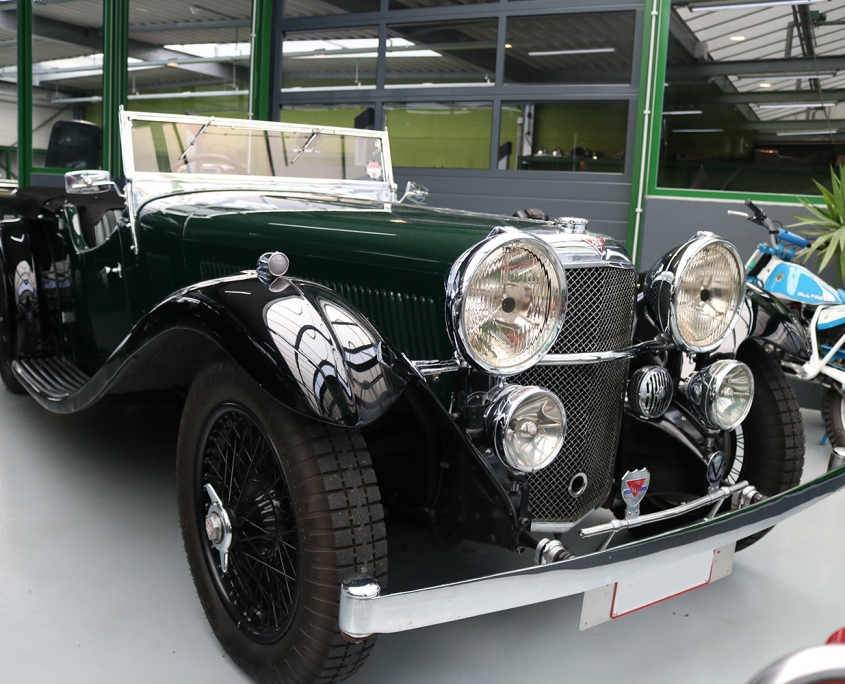 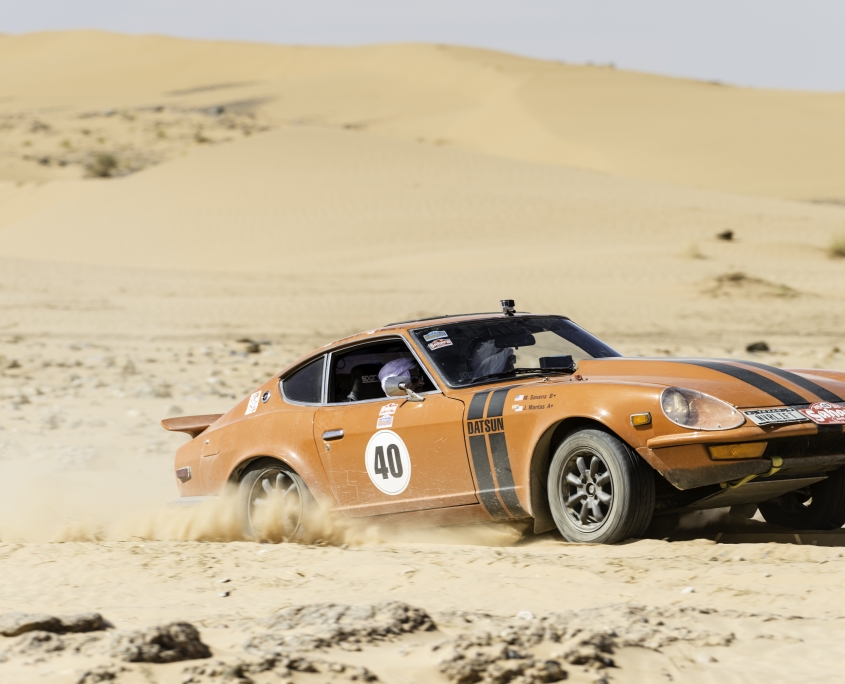 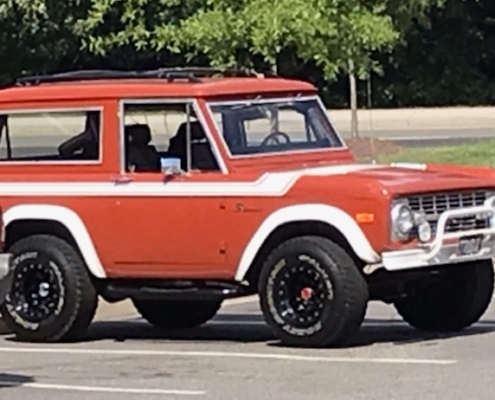 This beast was developed for the track, and that’s where it belongs most of the time.

However, we did put it through its paces through an almost 10,000 mile endurance race across the US x2 and it performed flawlessly! Low slung and stiffly suspended, the RS (short for German Renn Sport or “racing sport”) responds instantly to steering inputs and clings to the line you choose with slot-car-like tenacity.

It is a car that turns in with laser precision and then carves arcs of uncorrupted geometry. We tested the giant Porsche Ceramic Composite Brakes to their max when we pushed the car to over 176 mph in Utah and it kept up with us all through the 19-days of bounding, sliding, wailing, screeching, and tushie wagging we did in our marathon cross-country race.

The Alvis Speed 20 is a British touring car that was made between late 1931 and 1936 by Alvis Car and Engineering Company in Coventry.

It went through four variants coded SA to SD. We acquired the 1934 Alvis Speed 20 SB in Belgium and are now rally prepping it. This gorgeous looking car was one of the best and most refined sports cars of the era. Only 44 were ever made and this one we acquired is in pristine condition.

History:
The Speed Twenty was built from 1932 to 1936. With its dashing, low-built coachwork; it offered sparkling performance together with handsome looks and a hearty exhaust note. It was the first British car to offer a synchro-mesh gearbox and the 4.3 Litre model had an easy 100 MPH+ performance with great acceleration to match.

The Speed Twenty was well built with good quality materials and the range was aimed at the top end of the Sports Saloon market. The steering and suspension was a star feature, the steering action exceptionally steady and light to provide good directional stability, road-holding and comfort.

It was described 82 years ago by auto critics as “distinctly fast in acceleration and speed” with a comfortable body such that a passer-by looks twice at it. In fact, it was even considered to be a serious rival to Rolls Royce. The Speed 20 and its larger Speed 25 derivative are considered the best and most glamorous cars ever made by Alvis.

Rally Preparation:
The attached videos archive the various updates and upgrades Alice the Alvis has gone through this past six months to get ready for her inaugural African Safari race later this year.

Everyone knows the Datsun 240Z. It was the first sports car from the Pacific Rim that achieved huge international success, especially in the USA.

Besides their reliability, the cars are tough too, having won the 21st East African Safari Rally in 1973, in driver Shekhar Mehta’s hands. They also competed in motorsport in all over the world and are perhaps best known due to the BRE Datsuns of the early ‘70s. Brock Racing Enterprises, started and run by the legendary Mr. Peter Brock, campaigned the 240Z in US club racing and wound up dominating, trouncing competition that included BMWs, Toyotas, and Triumphs.

Datsun’s in-house team created a masterpiece that worked superbly, both in aesthetic and mechanical terms, thanks to its sleek styling, lusty engines, sublime handling and robust mechanicals. We were very fortunate to get our hands on a beautiful, low-mileage 1971 Datsun 240Z which we spent nearly a year restoring and ruggedizing. The results are shared in the images below.

The car will be put through its paces in the first Singapore to Burma endurance rally called The Road to Mandalay which runs from Feb 1-24, 2015. We then plan to run a race spanning Europe and Africa in The Sahara Challenge scheduled for October 2015. More on that later.

We are proud to welcome to our stable this impressive and iconic Ford GT!

We actually had to write a 5 page essay to Ford Performance as to why I deserve the car and how we will put it to use.. and it worked! The Ford GT has a very rich history as the original 1966 Ford GT was born out of motorsport’s most infamous grudge between Ford and Ferrari. In 1965, after months of negotiation, Ford was ready to do a deal with Enzo Ferrari to buy Ferrari. But Enzo balked at selling Ferrari at the last minute and a pissed off Henry Ford II told his team to ‘go to Le Mans, and kick Ferrari’s ass.’  The result was the GT40 which went on to have a historic 1-2-3 win at Le Mans.

Ford and the Americans had run a development engine on a dyno for 48 hours of simulated laps at La Sarthe, gear-changes and all.. back in 1966!! And they won again with this new car in 2016 – 50 years later!  And then decided to make 500-1000 units of the same race car one of which now is ours. We plan to put this car on track here in Austin and hopefully on other tracks around the US.

We are thrilled to add this beautiful and iconic car to our ever growing stable.

The Ford Bronco began life in 1966 as ‘a sports car for off-road’ and became known for its uncomplicated design and a purposeful honesty to its boxy shape. It also helped that throughout its history, that early Bronco design rarely changed, which only contributed to its popularity. This car conjures up images of being unbridled, wild and free, tearing across the landscape and leaving the ordinary world behind and that what we plan to do with an epic journey that we are both planning and prepping this car for.

Last but not the least, we are very grateful to have the opportunity to add two iconic Fords to our garage just in this last year — this 1977 Ford Bronco and the 2019 Ford GT